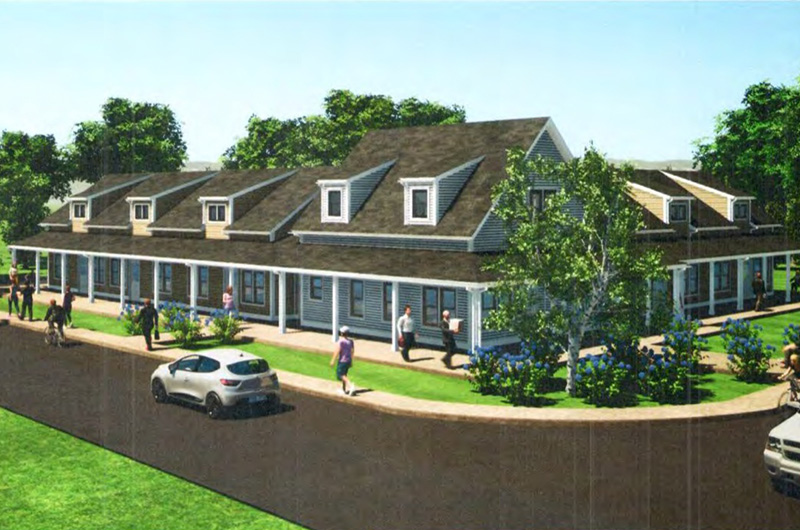 The Martha’s Vineyard Commission wrapped up a tense hearing last Thursday night on the project, which is being considered as a development with regional impact (RID).

IEH wants to construct an approximately 6,800 square foot building with five apartments at 38 Wing Road, formerly the home of the late Marguerite Bergstorm, founder of IEH who led early efforts on the island to develop housing for the elderly . The modest house, circa 1900, was demolished without prior review by the VMC, as is the case with all buildings over 100 years old.

The new building would join two other buildings of five apartments at Aidylberg 1 and 2, next to the site.

Financial support for the project would come from a combination of private funding and money from the Community Preservation Act, previously approved by voters on the island.

IEH spokespeople and their lawyer have been at odds with the commission since the first hearing, when commissioners raised questions about the project’s design and suggested changes to make it more energy-intensive and cost-effective.

A special planning committee meeting was held in the middle of the public hearing to try to resolve the issues, with commissioners Michael Kim and Ben Robinson, both architects and designers, volunteering to work with the claimant.

But at last Thursday’s hearing, commissioner Doug Sederholm said the meeting did not go well.

“It was a pretty tense experience for us because the curators were making pretty pointed comments about the design and some of them weren’t taken very cheerfully,” Mr Sederholm said.

In an April 25 letter to the commission, IEH board chair Simone DeSorcy declined the VMC’s offer of assistance, saying any overhaul of the building would be a “legal and financial burden and would cause an undue delay” to the project.

Neighbors also raised objections to the project, with more than one testifying at the hearing Thursday.

IEH spokespersons again pushed back on the idea of ​​making any changes, pointing to the continued need for more senior housing on the island.

“If we’re going to go back to the drawing board with this, the amount of money it’s going to cost us to do it, we’re seriously considering ending this,” Mr Power said. “We are talking about multi-generational Islanders and the only way to give them a place to retire is here and now.

Mr. Kim and Mr. Robinson reiterated the commission’s willingness to help correct what they consider to be major design flaws.

Mr Kim said he did not want to stop a project that helps meet such a critical need, but said without reconsidering the design, which he described as not fitting the neighborhood and made no attempt to reflect the original building which has now disappeared. , he would have no choice.

“I should happily call it what I see it and I see it as mall architecture on Wing Road,” Mr Kim said. “A redesign of something that’s more responsive and much cheaper to build would be a much faster way to complete a successful project.”

“No one at the town hall saw the plans when they voted for that money. They were giving that money to a good cause,” he said, referring to the fund’s approval. ACP by voters: “It’s really unfortunate to be faced with a choice between what is essentially useless architecture and this good cause. It can be fixed, it’s not that complicated.”