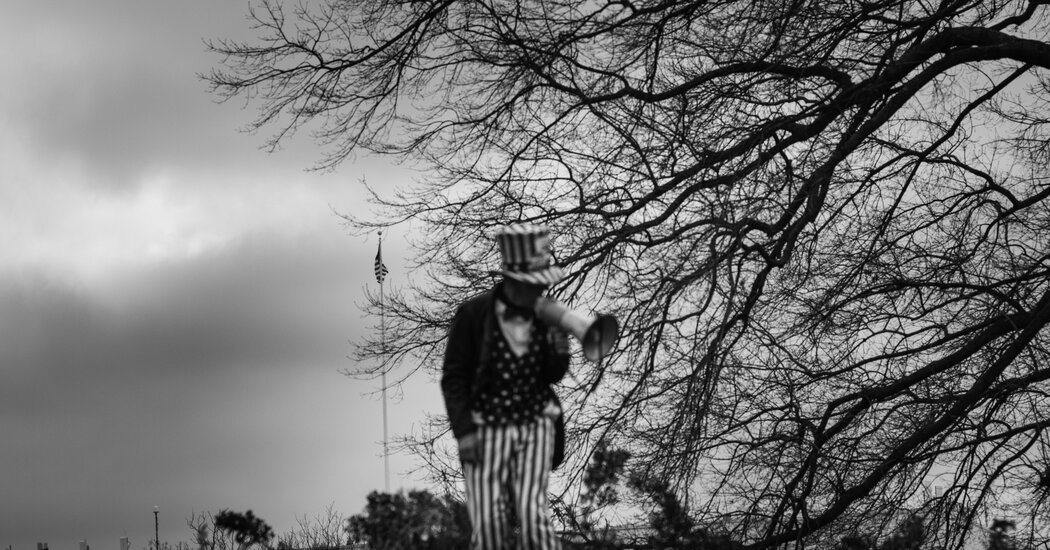 When it comes to elections, the Republican Party operates in a shell of lies. We therefore rely on the Democrats to preserve our system of government.

The problem is, Democrats live in their own island echo chamber. Within this bubble, convenient lies are spreading, going unchallenged, and making it harder to focus on the real crisis. So let’s get rid of some of these myths that skew Democratic behavior:

The whole electoral system is in crisis. Elections consist of three phases: the recording and issuing of votes, the counting of the votes and the certification of the results. Regarding the first two phases, the American system has its faults but is not in crisis. As Yuval Levin noted in The Times a few days ago, it has become much easier in most places to register and vote than it was years ago. We just had a 2020 election with a remarkably high turnout. The votes were counted with virtually no fraud.

The emergency is in the third phase – Republican efforts to overturn the votes that have been counted. But the Democratic vote bills – the For the People Act and its update, the Freedom to Vote Act – have not been revised to deal with threats that have been blinding since January 6 this year. last. These are sprawling measures covering everything from mail-in ballots to campaign finance. They basically include all the ideas that have been on activists’ agendas for years.

These bills are difficult to explain and difficult to pass. Responding to DC interest groups, Democrats have spent a year distracting themselves from the emergency right in front of us.

Voter suppression efforts are a major threat to democracy. Given this country’s racial history, efforts to limit voting, as some states have implemented, are heinous. I understand why the Democrats want to push them back. But it is not the major crisis we are facing either. That’s because stricter election laws often don’t restrict voting as much. Academics have studied this extensively. A recent well-documented study suggested that voter identification laws do not reduce turnout. States tighten or relax their election laws, often seemingly to little effect on turnout. The general rule is that people who want to vote end up voting.

Just as many efforts to limit the electorate don’t have much effect, Democratic bills to facilitate voting might not have much of an impact on turnout or which party wins. As my Times colleague Nate Cohn wrote last April: â€œExpanding voting options to make it more convenient did not appear to have a huge effect on turnout or election results. This is the conclusion of decades of political science research on advance polls, advance polls and postal voting.

The best way to deal with the crisis is from the top down. Democrats have focused their energies in Washington, trying to get these big bills through. The bills would override state laws and dictate many electoral procedures at the national level.

Given the behavior of local Republicans, I understand why Democrats want to centralize things. But it’s a little weird to claim that in order to save democracy you have to take power away from local elected officials. Moreover, if you tell the local people that they are not able to govern themselves, you will further ignite the populist reaction.

But the real problem is that Democrats aren’t focusing on crucial state and local arenas. Charles Homans of the Times had a fascinating report from Pennsylvania, where Trump supporters ran for local office, including the election judge, while Democrats struggled to find candidates. “I don’t know what the Democratic Party was worried about, but I didn’t feel like they were worried about the school board and the election judge – all those little positions,” said one Democratic candidate fact.

Democrats don’t appear to be fighting hard in major local races. They don’t seem to be rallying the masses to make state lawmakers pay a price if they support legislation that weakens democracy.

Perhaps some of the energy that has been expended over the past year analyzing and berating Joe Manchin could have been better spent preparing and supporting the right state and local candidates. Perhaps the best way to repel a populist uprising isn’t to shoot all of your allies in the Northwest Quadrant of Washington, DC.

The crisis of democracy is before us. We have a massive populist crowd who believe the country is now controlled by a progressive coastal oligarchy who despises them. We are caught in cycles of polarization that threaten to turn America into Northern Ireland during the unrest. We have Republican hackers taking power from the brave state officials who resisted Trumpian bullying after the 2020 election.

Democrats have spent too much time on measures that they believe would give them an advantage. The correct answer would be: do the unsexy work locally, where the going. Adopt parts of the freedom to vote law that are relevant, such as protections for election officials against partisan dismissal and measures to limit the purging of voters’ lists. Reform the Electoral Count Act to prevent Congress from derailing electoral certifications.

When your house is on fire, drop what you were doing and put it out. Maybe in the end the Democrats will.