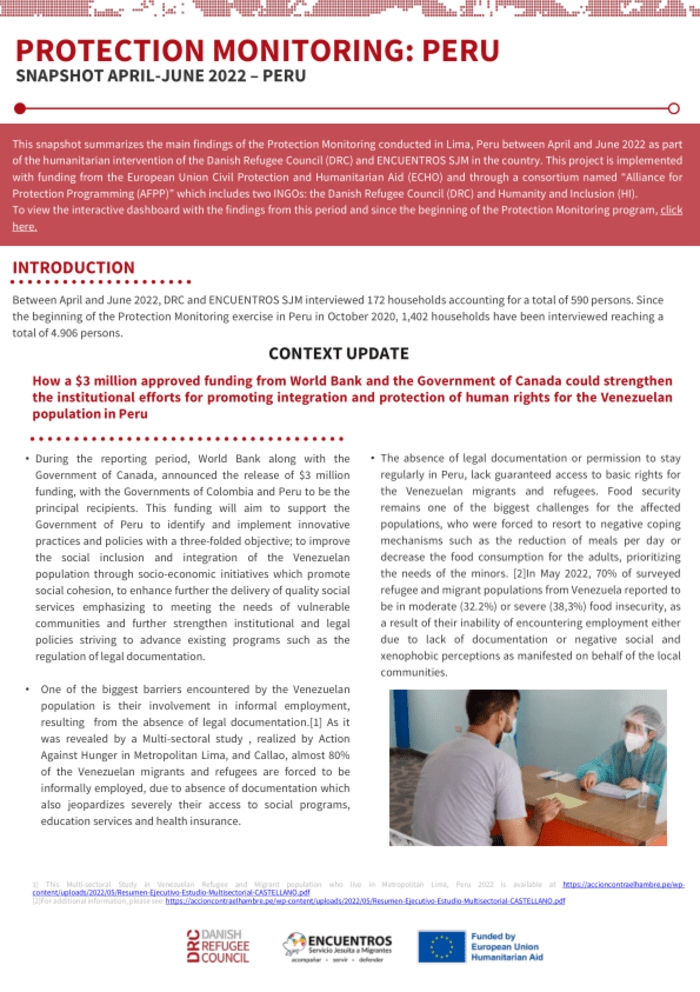 This snapshot summarizes key findings from protection monitoring conducted in Lima, Peru, between April and June 2022 as part of the Danish Refugee Council (DRC) and ENCUENTROS SJM’s humanitarian response in the country. This project is implemented with funding from the European Union Civil Protection and Humanitarian Aid (ECHO) and through a consortium named “Alliance for Protection Programming (AFPP)” which includes two international NGOs : the Danish Refugee Council (DRC) and Humanity and Inclusion (HI).

To view the interactive dashboard with results for this period and since the start of the protection monitoring program, click here.

Integrated migration control has restarted at the borders between Peru and Chile.

Since April 2022, the border authorities of Peru and Chile have restarted migration control at the crossing points of Santa Rosa in Tacna and the Chacalluta complex in Arica. This activity is part of the Integrated Migration Control, which has been agreed and implemented by both countries, with the aim of better monitoring migration and refugee flows between Peru and Chile.