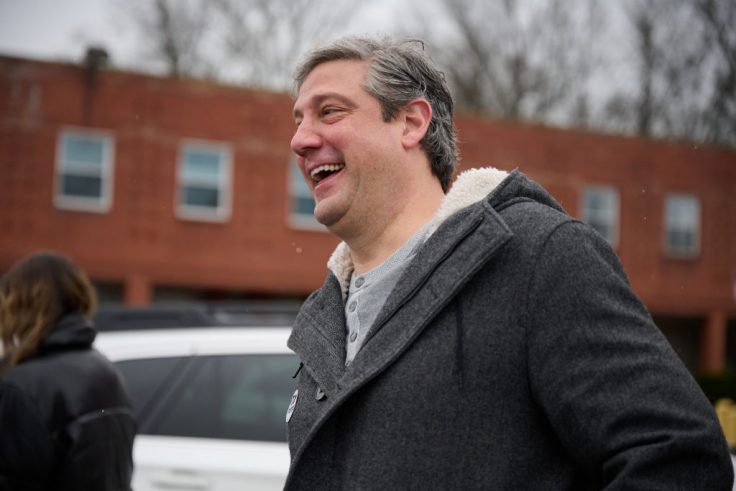 The head of the nonpartisan Ohio Debate Commission tasked with scheduling the debates between Republican JD Vance and Democrat Tim Ryan has donated thousands of dollars to Democratic candidates over the years, including at least one donation to Ryan himself.

Commission executive director Jill Miller Zimon gave more than $13,000 to Democrats between 2006 and 2018, including a $250 check to Ryan in 2014, according the Federal Election Commission database. Other recipients include Democratic Ohio Senator Sherrod Brown, Democratic presidential candidates Barack Obama and Hillary Clinton, and the Ohio Democratic Party.

The debate commission was set up in 2018 to ensure “fair and substantial debates”, but Zimon’s partisan background causes problems as there are no debates on the schedule and the Vance campaign says it cannot not trust the committee to organize a fair debate. Zimon also ran for office as a Democrat and served on the board of a local branch of Planned Parenthood.

“This so-called non-partisan organization is run by someone who is a funder of our adversary and even gave money to the Ohio Democrats the year she was hired to lead the commission. “said a spokeswoman for Vance. Free Washington Beacon. “Ms. Zimon’s one-sided donor history makes it clear that this whole ‘debate commission’ is a sham, as if her seat on the board of directors of Planned Parenthood Advocates of Ohio and her multiple failed campaigns as a Democrat weren’t enough. not.”

The donations are part of a larger trend that self-proclaimed nonpartisan debate commissions are made up of partisan Democrats. A debate in the Georgia Senate, for example, was hosted by a donor to President Joe Biden and Sen. Mark Kelly (D., Ariz.). The disclosure of those donations prompted Senate candidate Herschel Walker (R., Ga.) to withdraw from that scheduled debate. Similar conflicts of interest led the Republican National Committee to withdraw earlier this year from participating in all future debates organized by the Commission on Presidential Debates.

The Ohio Debate Commission did not respond to a request for comment.

Among his most recent donations is $600 to the Ohio Democratic Party in March 2018.

Fox News reported Tuesday that Zimon twice ran unsuccessfully for the Ohio State House in the Democratic ballot in 2014 and 2016. During her campaigns, Zimon has been endorsed by several left-wing activist groups, including Progressive Majority, Planned Parenthood and EMILY’s List.

Zimon works on the board of Planned Parenthood Advocates of Ohio, according to Fox News. For years, Zimon has been a vocal critic of the Republican Party’s position on abortion.

In 2011, Zimon tweeted that Republican opposition to abortion is tantamount to holding “wombs hostage.” Two years later, she called a pro-life bill in Ohio “awful” and “unhealthy.”

A spokeswoman for Ryan did not respond to a request for comment.