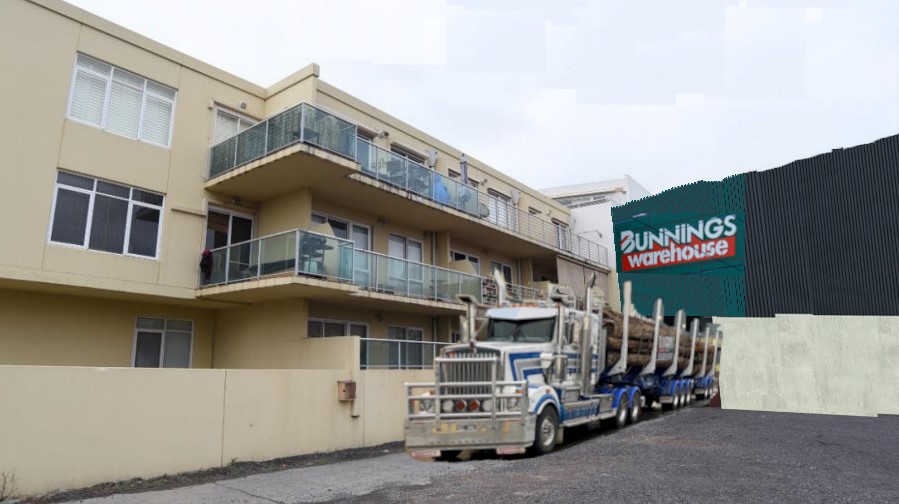 Brunswick residents, who have been fighting to prevent the construction of a Bunnings warehouse in a residential neighborhood for nearly two years, have won. Victoria Civil and Administrative Court (VCAT) rejected Bunnings’ proposal squarely on April 8.

The development site is surrounded by more than 120 dwellings, mostly in apartment buildings. With hours of operation from 6 a.m. to 10 p.m. and frequent delivery trucks, the development would have had a negative impact on residents.

The proposed site is on a congested municipal road, which includes cycle paths and is a popular pedestrian route.

Bunnings warehouses generate large amounts of traffic, including delivery trucks and commercial vehicles. The design failed to incorporate a safe way to enter and exit the site safely on a congested road: vehicles would be wedged into cycle lanes and sidewalks, creating havoc for pedestrians and cyclists as well than for local drivers.

Residents generally want a say in shaping their community, but are frustrated with the planning process. Too often they’re stacked in favor of developers, especially those with deep pockets who can afford expensive lawyers. This often leads them to become demoralized.

This victory shows that with a well organized campaignit is possible to win.

There was a community outcry during Bunnings’ initial proposal, in August 2020, with 538 residents submitting objections to Moreland City Council amid the lockdown.

Nic Maclellan of the Brunswick Residents Network noted: “For many months in 2020-2021, Moreland Council staff engaged with the developer of Bunnings, failing to address fundamental flaws in their application – particularly in relation to the impacts on neighboring apartments and on traffic congestion.

‘It was only after a massive community campaign and hundreds of objections that the Council became fully engaged, with Councilors rejecting the license application and Moreland hiring a lawyer to help with the case before the VCAT.’

While the developers hired a QC for the 12-day case, the residents hired a planning advocate to argue on their behalf. It was money well spent, with the Residents’ Advocate winning most arguments.

The case was important for several reasons.

Many apartment buildings are now built in commercial areas and, generally, residents have fewer rights than those in residential areas. The Bunnings developer argued that residents of commercially zoned properties simply had to endure terrible impacts. VCAT disagreed.

Neil Moreton, who represented many residents of a nearby building, said: “Bunnings wanted to locate the exit route for their delivery trucks right next to our balconies. The noise would have been horrible. VCAT agreed with us that this was totally unacceptable”.

Moreland City Council aims to reduce car use and increase walking, cycling and public transport. The Bunnings warehouse would be a huge step backwards. Pedestrian and cyclist advocates also participated in the VCAT process.

Faith Hunter of the Moreland Bicycle Users Group said: “We are very pleased to see VCAT’s ruling that the proposed development of Bunnings at Glenlyon Road does not strike the right balance with sustainable development and net community benefits.

“In particular, VCAT recognized the substantial negative impacts on local transport networks, in particular pedestrian and cycling networks. These impacts directly affect the ways families and others will choose to travel on a daily basis.

Hunter also noted how the development of Bunnings has undermined residents’ desires to become more sustainable: “Moreland residents have engaged in lengthy, multi-year consultation processes to help Moreland Council develop the Integrated Transport Strategy of Moreland. This reflects their interest and aspirations in increasing opportunities for active transportation and mode switching.

“The VCAT decision affirms that developers cannot seek to make a profit at the expense of local communities and their transportation networks, either as they currently are or as they expect them to be in the future. coming.”

[Andrea Bunting is the president of the Glenlyon Bunnings Action Group.]