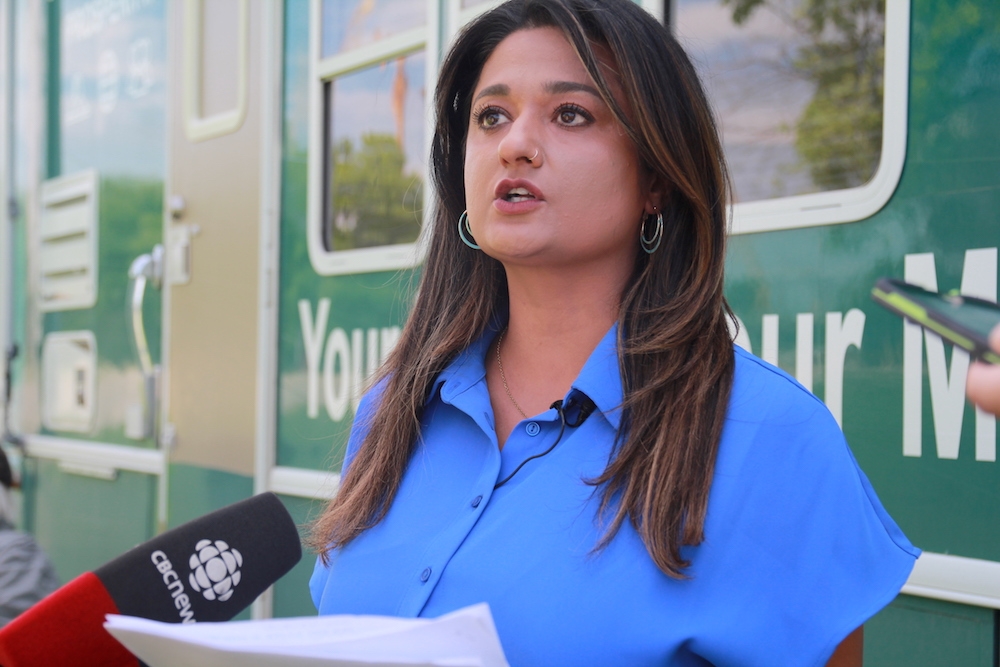 Rana Bokhari has pledged to open safe injection sites in Winnipeg if she is elected mayor this fall.

The former Manitoba Liberal leader says the provincial government has failed to respond meaningfully to the drug addiction problem.

Sign up to receive daily news from the Winnipeg SUN, a division of Postmedia Network Inc.

The next edition of the Winnipeg Sun’s Daily Headline News will soon be in your inbox.

“We can’t wait any longer,” Bokhari said in a press release on Monday.

“While I hope the province will partner with the city to implement this health care service, I promise that as mayor the city will, with or without their help.”

Bokhari says the rise in drug abuse has increased both property crime and violent crime in the city. The Winnipeg Police Service reported a spike in violent crime in 2021, but saw a reduction in all other types of crime according to its annual statistics released earlier this summer.

“Some candidates have talked about policing as a solution to this crime wave,” Bokhari said. “We know that’s not the case – the police don’t prevent crime, they respond to it. And they too are overwhelmed.

“Preventing crime in the first place is the only solution, and one of those steps is safe injection sites.

A pop-up mobile site would likely be the first step in implementing the idea, Bokhari said.

“Crime prevention is such a complex issue,” she said. “People who are addicted and want help should be able to access it. Ideology shouldn’t get in the way of health care, and Winnipeggers deserve safer, cleaner streets when they go out.

Any organization or group wanting to operate a supervised consumption site needs an exemption from the federal government under the Controlled Drugs and Substances Act.

Exemptions under the law are generally granted for one year, but the duration can vary depending on the completeness of the application and compliance history, Health Canada says.

Manitoba is currently the only Prairie province that does not have a supervised consumption site. Alberta has five and Saskatchewan has one, according to Health Canada.

Earlier this year, Winnipeg City Council passed a motion that would support any organization seeking an exemption under federal law.

The Canadian Press reported earlier this year that more than 400 Manitobans died of drug overdoses in 2021.

Bokhari is one of 14 mayoral candidates vying for Winnipeg’s top job. Election day is October 26.