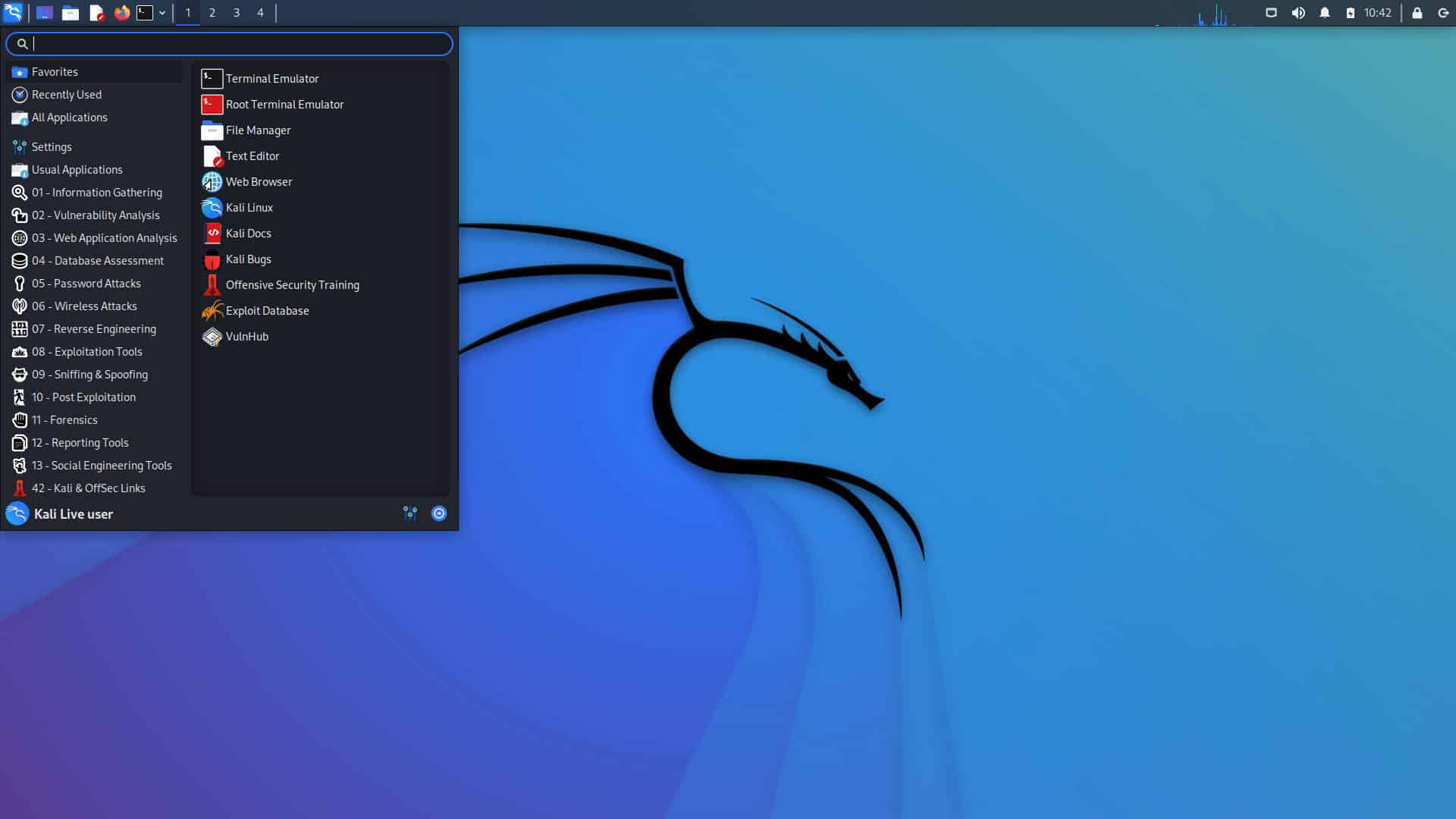 Linux offers a wide range of open source distributions that pentesters, ethical hackers, and network defenders can use in their work, whether for pentesting, digital forensics, or other cybersecurity uses.

Also known as “distros”, these distros are variants of Linux that include the Linux kernel and usually a specific package manager.

For example, Kali Linux, one of the most popular pentesting operating systems, is Debian-based, which means it is based on the Debian project. Ubuntu, a famous Linux distribution that you may already know, is also derived from Debian.

Here are eight of the best Linux distros for cybersecurity use cases, for beginners to advanced users, along with some issues to consider when selecting a Linux security distro.

Common operations such as enumerating services, cracking passwords, intercepting HTTP requests, or even scanning for malware do not necessarily require a pentesting operating system. Popular tools such as Burp Suite, OWASP ZAP, Nikto or BeEF are available as standalone apps and packages.

If you’re an absolute beginner, I wouldn’t recommend using a pentesting distro. Most pentesting distributions have two major drawbacks: they can be overwhelming and they require advanced knowledge.

You get hundreds of packages, scripts, wordlists, and other software, but it usually requires solid knowledge and experience to master each tool, avoid abuse and rabbit holes, and test under safe conditions.

You can totally use a classic distro like Ubuntu with a few packages and the right configurations and you’ll be able to accomplish most tasks. Also, if you’re new to Linux, it’s probably best to start with generic systems.

In any case, it is strongly recommended to use VMs (virtual machines). Do not install the following distros as your main system unless you know what you are doing.

For example, if you need to test ransomware, it’s best to have it on a virtual machine that can be compromised without affecting your personal files. Additionally, you can take snapshots to quickly restore a working environment at will.

The idea is to isolate your test environment.

Kali Linux and Parrot OS are Debian-based distributions that are often used for pentesting. Both systems can be used by intermediate and experienced security professionals, with a fairly steep learning curve, but their approach is not the same.

It is important to note that these operating systems have specific variations, so be sure to choose the correct one. You can take advantage of the Lite editions if you prefer minimal installs, but those versions may not contain the pentesting resources you’re looking for, and you’ll likely have to install them manually.

Kali Linux is by far the most widely used and recommended by security experts of the distros on the list. This is the benchmark for security testing.

Parrot OS is in some ways the mirror image of Kali: it’s user-friendly and manageable for beginners, and requires fewer hardware resources. There are five editions to choose from depending on your needs.

Arch Linux standards are the benchmark for many professionals. Although Arch requires a fair amount of patience due to its complexity, users can learn a lot about GNU/Linux, an important thing for ethical hackers and pentesters to know.

Black Arch is a pen testing distribution based on Arch Linux. It can be difficult to learn, but has a number of benefits for those who put in the effort.

ArchStrike is an Arch Linux repository containing interesting tools for professionals. Another with a learning curve, but it was developed specifically for hackers.

Computer forensics can be particularly challenging, as retrieving meaningful information from tons of data can take hours. CAINE (Computer Aided INvestigative Environment) is particularly useful for the task.

DEFT is a distro employed by military, government agents, law enforcement, investigators, universities, and individuals. The original project site is down and it appears to have been discontinued, but downloads can still be found in a few places, including Archive.org.

These last two distros may be lesser known, but they themselves have some desirable features.

Pentoo is based on Gentoo Linux, a minimalist minimalist distribution for advanced Linux users.

SamuraiWTF aims to be “a complete Linux desktop for use in application security training”.

SamuraiWTF is useful only as a complementary tool.

Adam: The City of Ottawa has a certain responsibility to help this landlord