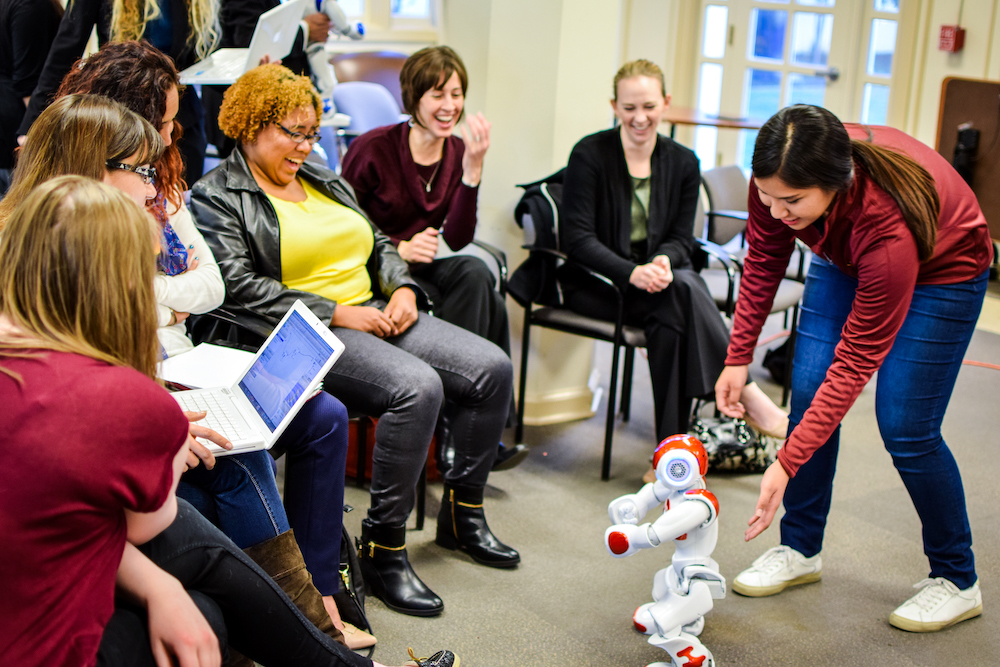 CompuGirls Founder Kimberly A. Scott will be named the White House STEM Access Change Champion at an event on February 26 to honor those who work to support and accelerate STEM (science, technology, technology, STEM) opportunities. engineering and mathematics) for African American students, schools and communities.

The girls are using technology as a tool in the program to address complex issues such as child abuse, loss of indigenous language and culture, and gentrification. Beginning in eighth grade, the girls participating come from underserved school districts and are predominantly Hispanic, African-American, and Native American.

â€œBeing named the STEM Access Change Champion is not only a separate honor, but also a recognition of the need to teach girls tech skills in an engaging and transformative way,â€ said Scott. â€œBringing girls from underserved communities into the digital world will ultimately add intellectual diversity and talent to our country’s workforce. ”

The Champions for Change program began in 2011 when President Barack Obama called for recognition of citizens doing extraordinary things at the local level. Champion of Change winners are chosen through a rigorous nomination and selection process.

Scott saw the need for a program to teach girls advanced technological skills in 2007 when she launched CompuGirls. At that time, only 10% of college girls considered the computer profession a “very good” choice for them, according to the National Science Foundation.

A new analysis of the test data, recently published in Education Week, found that no female student, African American or Hispanic had taken the Advanced Placement exam in computer science in Mississippi and Montana. Overall, of the 30,000 students who took the exam last year, less than 20 percent of those students were women.

A 2012 study by the National Center for Women and Information Technology found that African American and Hispanic women make up only 3% and 1% of the IT workforce in the United States. Native American women specializing in computer and information science represent less than 1%.

Part of the problem is that girls view programming or other tech careers as culturally irrelevant, and not as a tool to achieve their goals, Scott said. When engaged in social justice issues that are important to them, girls learn about technology as a way to build their projects.

â€œThe culture at CompuGirls is really positive,â€ Vilchis said. â€œIt was really a challenge, but we all felt really empowered on our topics. ”

CompuGirls has empowered her to fight domestic violence and taught her technological skills that have given her confidence to help others when they have a problem with computers – something she never would have done before. Currently a first year student at ASU, Vilchis is preparing a diploma in secondary education and English.

Scott originally developed CompuGirls with support from the Arizona Community Foundation. Recently, the National Science Foundation made several large grants to deliver the program to girls in school districts in the Phoenix metro area, including the Gila River Boys & Girls Club in Sacaton and Komatke, Arizona, which is part of the community. Gila River Indian. . The program has since expanded to Colorado.

Scott is also co-lead of STEM For All, along with Kevin Clark of George Mason University, which brings together a diverse group of researchers, practitioners, funding agencies and policy analysts to work on the development of ” a forum where an interdisciplinary team shares knowledge and develops programs. and actions that lead to broadening understanding and pragmatic solutions for traditionally underserved students to enter and persist in STEM fields.

The School of Social Transformation is an academic unit of the College of Liberal Arts and Sciences at ASU.

NSA and CISA Publishing Guide for Choosing and Hardening VPNs

Courts got creative during the pandemic – here’s what’s stuck